CREATE YOUR OWN LIFE GARDEN

Click a pin on the map to view information. Find the location of your garden on the City of Cape Town’s vegetation map below. By clicking on your location you will find out more about the original veld type of your area. This will give you an indication of the soil type, climate, historical plant community and conservation status of your veld type. Test soil pH and note topsoil consistency/texture (sand/clay/loam) as these are likely to have been altered by human intervention. Local, wild plants are grown wholesale by FynbosLIFE’s Cape Flats Fynbos Nursery. Contact info@fynboslife.com or follow our news for updates on Cape Town lowland fynbos plants and sales to the public. 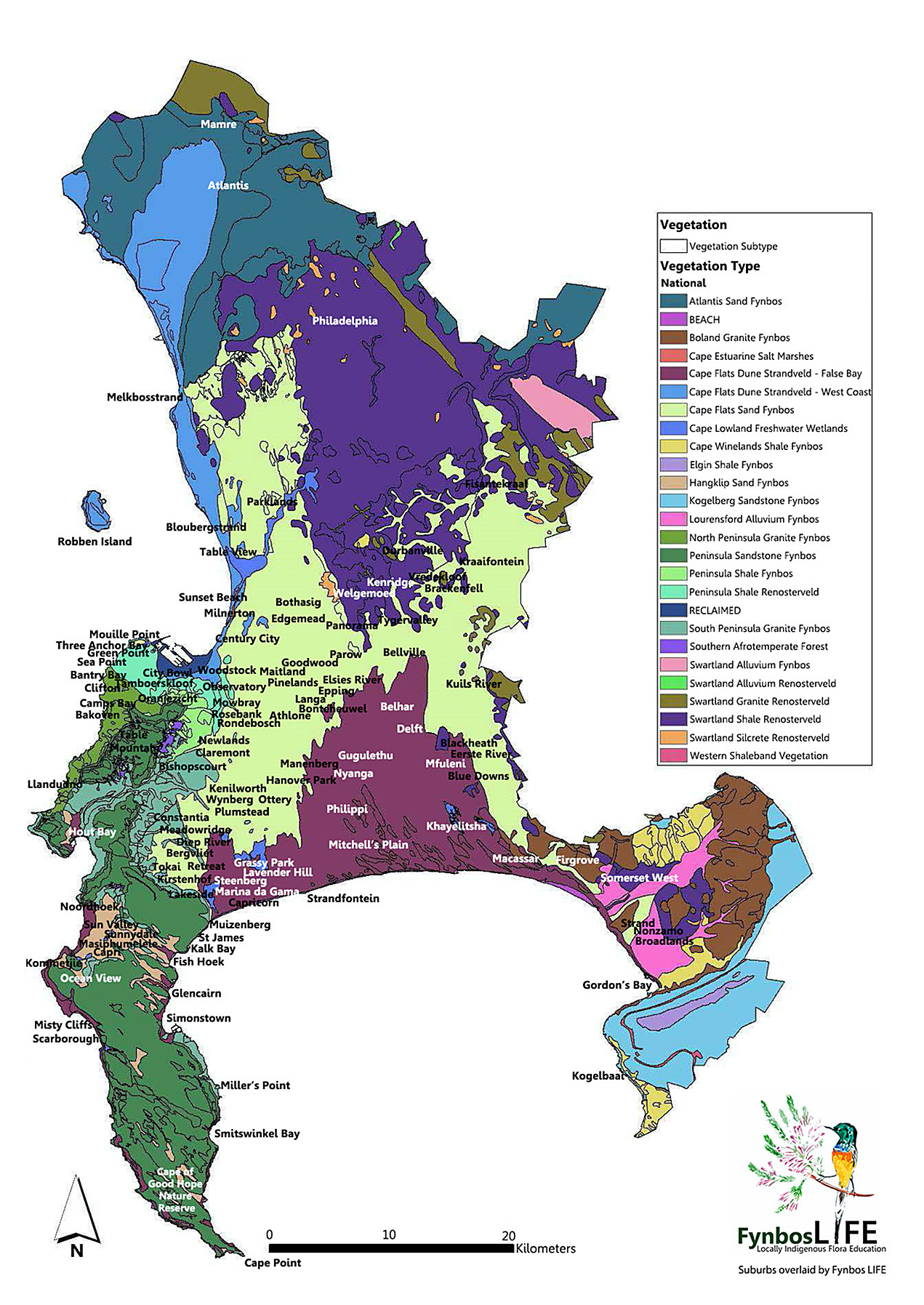 FynbosLIFE and its Cape Flats Fynbos Nursery are one of a kind advocating greening according to local veld type, an approach which has received recognition through the John Winter prize for the Best Stand on Show at the Botanical Society of South Africa’s Kirstenbosch Plant Fair in 2015, a Silver Biodiversity Award at the 2015/2016 Enviropaedia Eco-Logic Awards and selection as one of the top five Eco-Logic green businesses in South Africa for 2015/2016.